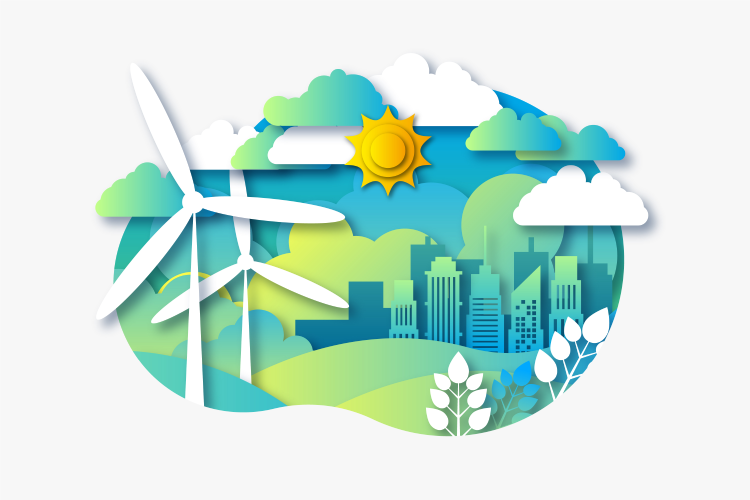 Green hydrogen is gaining a lot of traction in energy and sustainability circles for its unique benefits and innovative applications. In this article, we'll break down everything you need to know to understand green hydrogen, including what it is, how it is produced and transported, its uses, its benefits and how you can learn more.

What is Green Hydrogen?

When discussing hydrogen technology, you might encounter terminology like 'grey', 'blue’ and 'green.' It all boils down to the method of production. When hydrogen is consumed, it produces simply water, although its production might be carbon-intensive. Hydrogen comes in a variety of colors, including grey, blue and green as well as pink, yellow and turquoise, depending on how it's made. Green hydrogen, on the other hand, is the only form that is climate-neutral.

How it is made and transported

The cleanest way to produce hydrogen is through electrolysis. To make enormous amounts of hydrogen via electrolysis, all you need is water, a large electrolyser and enough electricity. Hydrogen is functionally green if the electricity originates from renewable sources like wind, solar or hydro; the only carbon emissions are those embodied in the generation infrastructure.

However, one of the biggest challenges with green hydrogen is getting the gas to where it’s needed. The extremely volatile gas is difficult to store and transport because it takes up a lot of space and makes steel pipes and welds brittle and prone to failure.

As a result, the bulk transportation of green hydrogen will necessitate specialized pipes, which would be costly to construct as well as pressurize or cool the gas to a liquid state. These last two steps consume a lot of energy and would reduce green hydrogen's already low round-trip efficiency even more.

Due to its unique production and usage methods, green hydrogen has a number of equally unique benefits:

How Green Hydrogen is used

Green hydrogen can theoretically be used for a variety of purposes. It can be mixed with natural gas and burned in power plants or district heating systems. It can be used as a precursor for a variety of other energy carriers, such as ammonia and synthetic hydrocarbons or to directly power fuel cells in vehicles and ships.

To begin with, it can simply be used to replace the industrial hydrogen produced annually from natural gas, which amounts to about 10 million metric tons in the United States alone.

Other than this primary use, green hydrogen can also be used in a number of other applications:

You're aware of the importance of green hydrogen and keeping up with this trending topic. If you're interested in learning more about it, we recommend our virtual masterclass - Mastering Green Hydrogen Masterclass: a live, two-day course that will discuss different aspects of hydrogen production and give an in-depth view of the hydrogen fuel cycle, from production to the consumers. It will provide a clear, business-focused picture of a complex clean hydrogen value chain.

It will further give a technological basis and economic framework and examples from industry sectors including transport, refining, ammonia production, heating and more. The masterclass will be conducted by Dr. Sanda Telen, Founder of Oilcon Oil & Energy Consulting. She has been an independent oil and energy consultant since 2015 after spending 27 years in INA d.d.